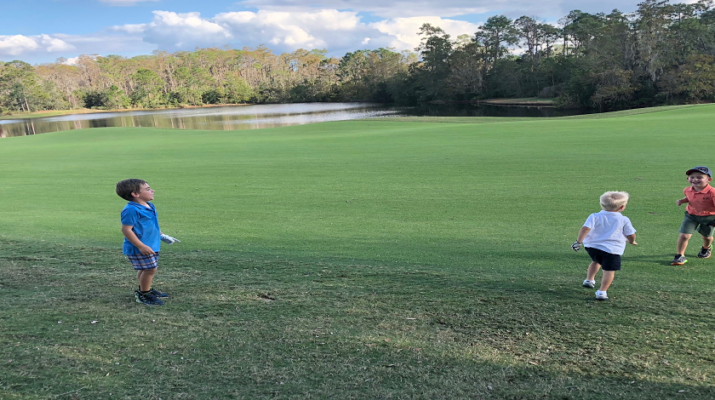 Immaculate conditions greeted our competitors at the lush grounds of Grand Cypress for the penultimate tour event for 2017.

Zev was in good form at the pre match warm-ups–drawing attention for the spectators at the driving range as he hit large drives, straight irons shots, and high wedges before scheduled play began. He bogeyed the first par 3 with a missed putt. The second hole 115 yard par 4 saw a clean par for Zev after a nice drive, second shot to the green, and run of the mill two putt. Going into the last hole 3 150 yard par 5, Zev was 2 strokes behind the leader. He proceeded to bash an incredible drive a full 2 times past the other two players- impressive enough to cause all the fathers to step measure it to 100 yards- his straightest and farthest drive on record. However, his next 7 iron shot- while very good, just missed the green and dribbled into a dauntingly steep bunker. He ended the hole with another bogey- tying him for second. In the putt- off Zev missed right for a third place finish.

One thought on “Zev Has Fun at Grand Cypress Villas”