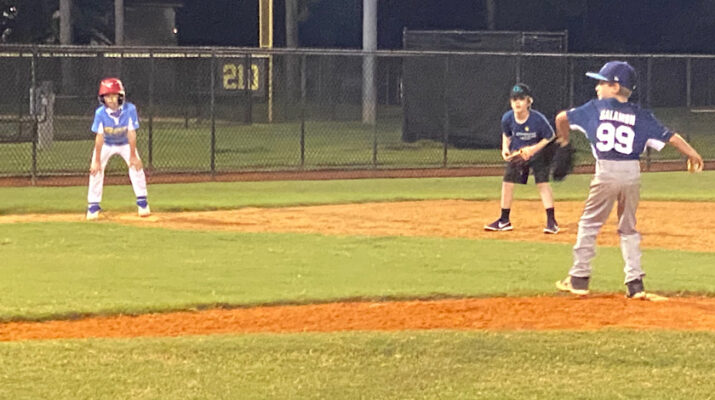 Zev called in to close in final inning

Zev and the 10U Tigers had a scrimmage exhibition match tonight-giving the coaching staff a chance to asses the players before opening day next week. With one out in the final inning, Zev was called out of the bullpen to relieve the pitcher. Zev proceeded to close out the game with 2 strikeouts- the last against a frighteningly heavy hitting south paw- his first taste of 10U pitch baseball- a Mariano Rivera-esque closeout from the mound!

Here’s some footage of Zev in action.

2 thoughts on “Zev Pitches in First 10U Scrimmage Game”